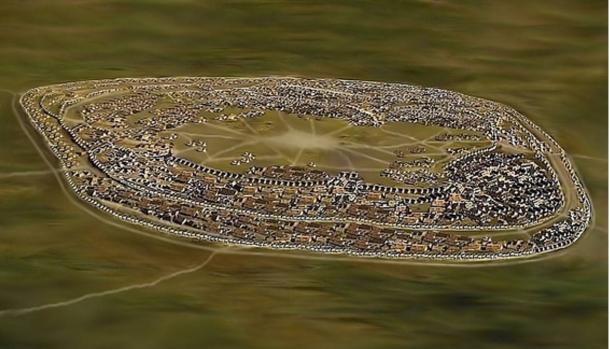 Like most people, I have been watching in horror the unfolding events in Ukraine and trying to come to terms with the suffering of the Ukrainian people and the implications of these events for the future.

The situation asks all of us to consider the potential consequences of different sorts of responses nations could take in support of Ukraine, and such discussions need to consider the time scales over which the consequences will be felt. It strikes me that archaeologists have some useful knowledge to contribute along these lines, as we are used to thinking about long-term processes, and it is at this scale that our data are most unique and valuable.

For example, one thought I’ve had over the past week involves thinking about how long it can take for a society to recover from disasters, whether they be acts of nature or acts by people. As the initial Russian invasion bogs down, and the Russian military turns to ever more destructive methods, there is a need for leaders to consider the long-term consequences of various courses of action, for Ukraine, for Europe, and for the world. One area where archaeologists may be able to provide insight is in thinking about how long it can take for a society to recover to its current state given the scale and speed of human and material loss it experiences. Probably every archaeologist who has spent time studying an archaeological sequence has noticed periods of demographic and material decline after periods of growth. For example, the number and size of inhabited settlements may decline following military conquest, political collapse, an episode of drought, a volcanic eruption, or an earthquake. Eventually, many such societies do recover, but often it takes an entire archaeological period (or several) for this to happen.

For example, here is a graph of the population of the Basin of Mexico, the heartland of the Aztec Empire and the location of present-day Mexico City, based on settlement pattern surveys conducted by Bill Sanders, Jeff Parsons, and others in the 1960s and 70s. The estimates are plotted at the end date of each archaeological period:

There’s a noticeable dip beginning at 750 corresponding to the collapse of Teotihuacan, the Classic Period metropolis in the northeastern part of the basin. This collapse led to a reduction of the regional population to what it was some five centuries earlier, and it took another four centuries for the population to recover. Other lines of evidence suggest this was also a time of endemic warfare and political instability which surely reduced overall living standards as well. So, regardless of the reasons for the collapse of Teotihuacan, the event seems to have wiped out several centuries of gains, and the losses persisted for several centuries more.

Of course, the length of time it takes for a society to recover depends upon the scale of the destruction and the overall growth rate of its population and economy in the aftermath. But it is clear from examples like this one that it often takes a very long time, indeed much more than a human lifetime in many cases. So, the destruction occurring in Ukraine right now is not only harming current residents, but also the children who are being born in field hospitals, and the children of the children who are fleeing to Poland. Sadly, we know that terrible episodes of suffering have been part of human experience throughout our history, but it is easy to forget just how lasting the effects can be. It seems to me that the archaeological record can be an important reminder in this regard, and that our political leaders would do well to keep this bigger picture in mind as they grapple with serious issues for which there does not seem to be an easy answer right now.

The Center for Collaborative Synthesis in Archaeology (CCSA) is a research center in the Institute of Behavioral Science.